Celebrate 9 Years at Signature Living With Our Best Bits

Time flies when you are having fun and at Signature Living we have evidence that a truer statement could not be uttered.

Over the last nine years, we’ve certainly had a lot of fun operating four successful Liverpool hotels and party apartments, as well as popular city centre restaurants and bars.

We’ve also had the pleasure of watching Signature Living expand beyond Liverpool and into Cardiff and Exchange Hotel.

From this year on we can only look forward to more exciting events, more amazing new accommodation projects in new and exciting cities. Everything is looking bigger, better and brighter for the Signature Living brand and family.

We’ve thought back over the years and picked out nine of our favourite and most proud moments.

30 James Street – Home of the Titanic is a marvellous example of how Signature Living preserve and promote the amazing heritage associated with ancient buildings in historic cities.

Our remarkable hotel is a tribute to the greatest shipping disaster of our time, serving as an everlasting memorial to those whose lives were lost on board RMS Titanic.

April 14th, 1912, is a date that will always be known as the day 1500 people perished at sea after the largest and most luxurious cruise liner in existence collided with an iceberg and sank.

In 2015, 30 James Street hosted a grand banquet, inviting families of those who were onboard Titanic the night she foundered or those who were associated with the rescue of the 705 people who survived.

Some had unbelievable stories, of their ancestors to tell and we at 30 James Street were delighted to give these people the chance to share those stories with each other and us.

To mark the anniversary of Titanic’s sinking we gave away a free stay to those who were connected to either 30 James Street, the White Star Line, Carpathia crew or indeed passengers or crew of Titanic. 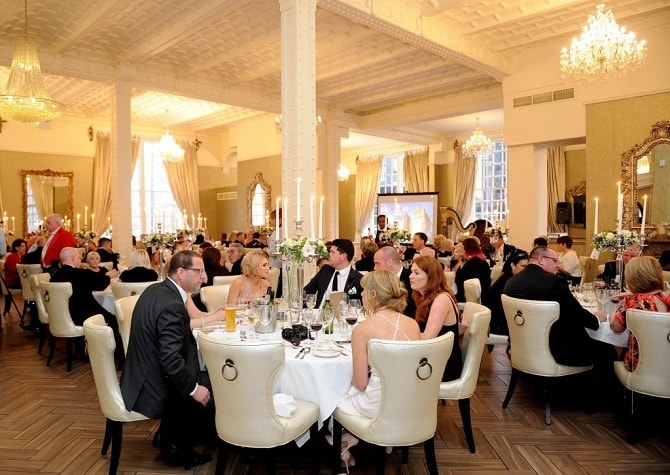 Every room was occupied in the hotel on this grand occasion and a gala dinner was held in honour of the great tragedy.

The occasion provided those with connections a chance to learn more about White Star Line and gave us the chance to bring 30 James Street’s past into focus in the present.

Over the course of 27 years, families have been fighting for justice for loved ones lost at Hillsborough.

At the Shankly Hotel, Chris Carline has had the pleasure of getting to know the families who were affected by Hillsborough, listening to their individual stories and feeling inspired by their courage.

Our grand opening of The Shankly Hotel unveiled the 96 Hillsborough memorial, located in a focal point of the reception. 96 hand lit candles burn all day and night for each of the individuals lost in the tragedy. 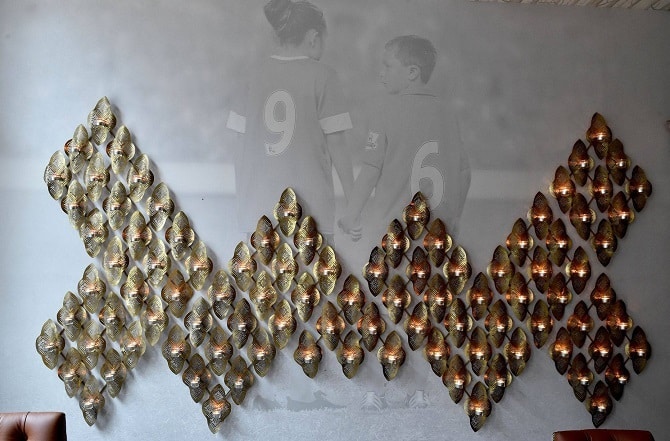 The memorial marks a hugely important part in Liverpool’s history and helps us remember those who were lost and affected by the terrible events at Hillsborough. 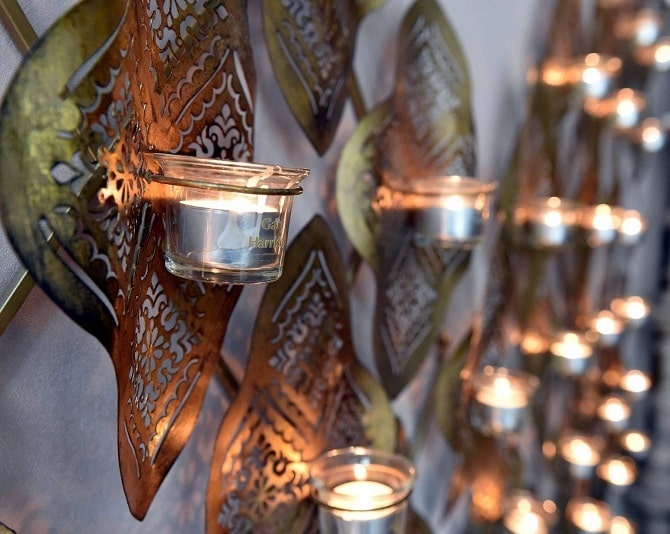 The ever-burning candles are a representation of the commitment and relentless effort of the families who fought for justice for those who lost their lives.

Since December 2014 we have hosted an annual Kids in Care Christmas Party at 30 James Street. 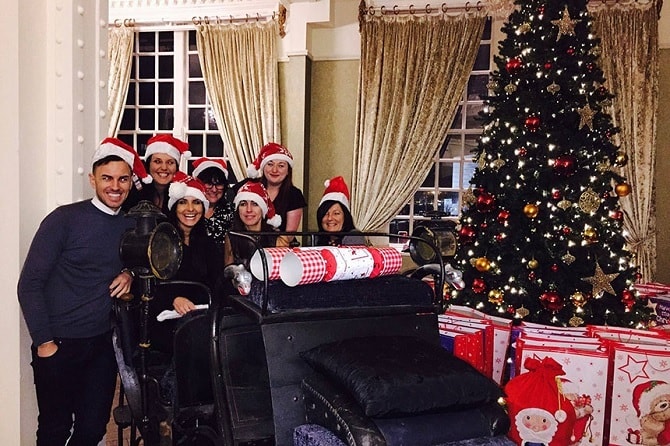 Every year the event just gets bigger and better, meaning we are doing more and more for the kids that need it at Christmas.

We open the doors to 80+ children who do not get to spend Christmas with their families, so instead, we invite them to share it with each other.

Our fun events have included various celebrity appearances, life size character from TV shows or movies, an amazing Christmas dinner, discos dancing, face painting and best of all present opening and visits from Santa Claus himself. 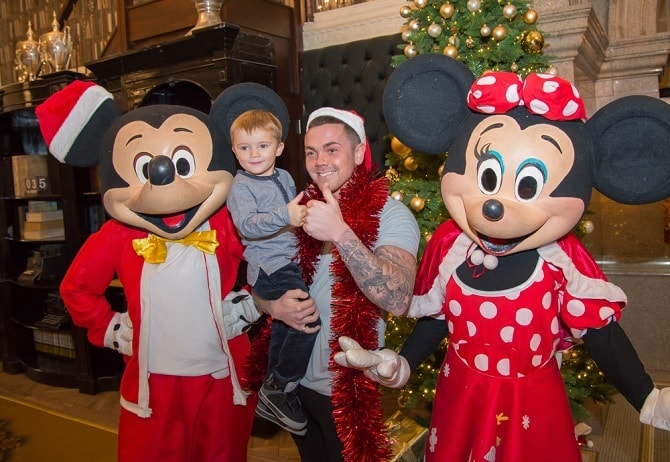 This event is close to Katie and Lawrence’ hearts and their annual Christmas parties give young people the chance to enjoy something extra special around Christmas time with Signature Living.

Investing in the future of local youths – January 2016

As part of our huge expansion plans in 2016, we promised to create 600 amazing opportunities for the young people of Liverpool who were thinking of a future in hospitality.

What made this promise so amazing was that at Signature Living, young people were given the chance to join the company and experience numerous parts of the hospitality business.

We had young people join our kitchen staff in both The Bastion Bar and Restaurant and Carpathia. 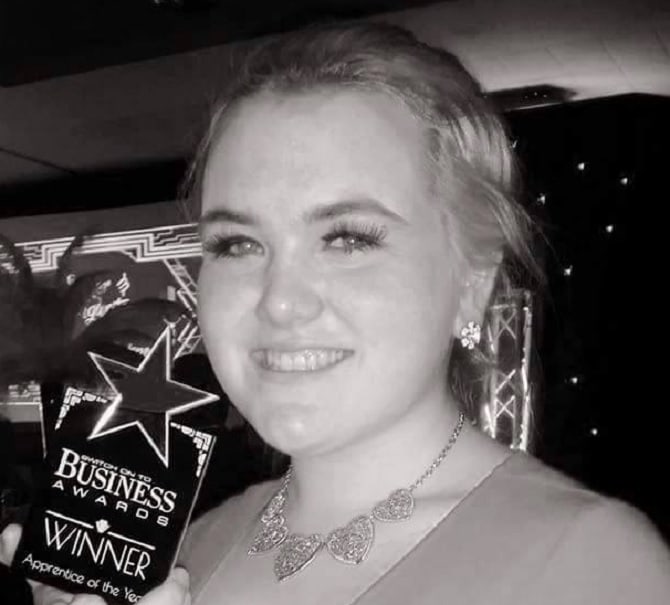 One apprentice, pastry chef Amy Wilson, even went on to win Switch Onto Business ‘Apprentice of the Year ‘award in recognition of her hard work. 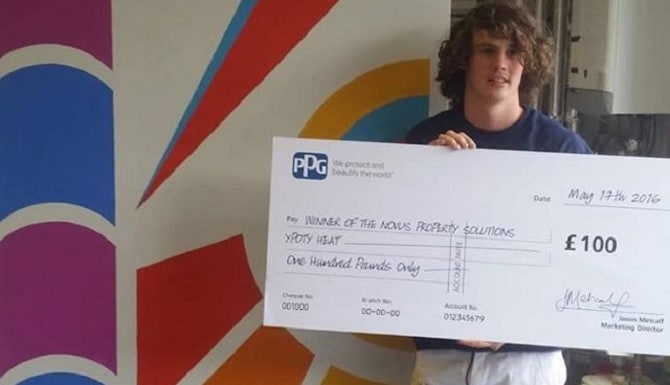 There were also positions filled in construction, maintenance as well as painting and decorating an area in which another apprentice, Isaac Felmingham, was recognised for his achievement with an award for Johnstone’s Young Painter of the Year.

It’s safe to say that Signature Living are making huge investments in the youth of Liverpool and now due to expansion can continue their work with other local colleges in the areas we are developing our latest projects.

For 2016 Signature Living have made a significant impact on the young people of Liverpool and their future and will continue to do so or the foreseeable future.

The Shankly Hotel became the first hotel in Liverpool to be officially recognised as an autism friendly hotel. 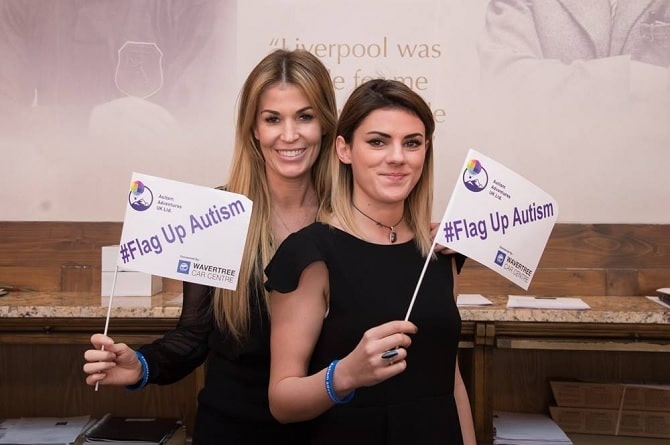 Partnering with Autism Adventure and Autism Together, we trained our staff to be able to recognise when they were dealing with someone with autism and taught them the skills needed to overcome challenging behaviour.

We are now on the path to making Liverpool an autism friendly city. Helping individuals who display varying degrees of autism enjoy their leisure time in Liverpool as much as anyone else.

Signature Living are proud to have been leaders in the initiative that has since been rolled out across Liverpool and the rest of the UK.

Together with Open House, Signature Living helped the homeless of the city by offering them a place to come and get the much-needed help and support they need. 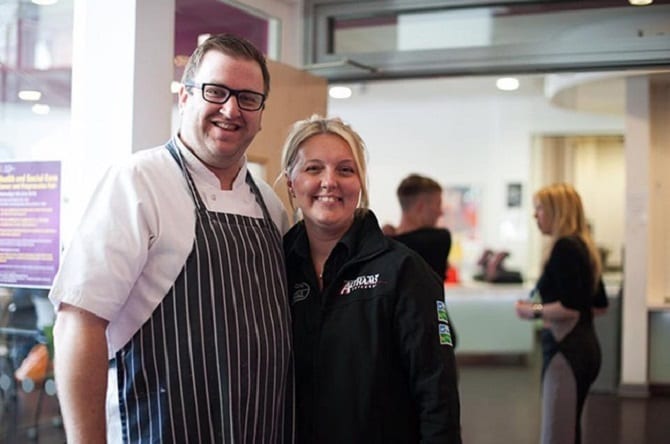 At Signature Living, we recognise that anyone could easily become homeless at any time and helping is not only easy but a simple gesture of kindness can help turn an individual’s life around.

In June 2016 Signature Living sponsored the Open House event at City of Liverpool college where homeless people were invited to enjoy a meal, a shower and a little pampering for a day in shelter. 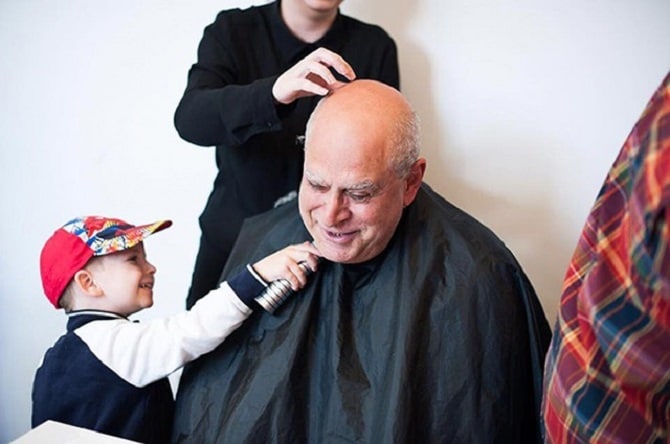 Volunteers offered free haircuts, massages and manicures, whilst our very own head chef and his team cooked and served delicious meals for those in need.

To further improve the prospects of the homeless people who attended Open House there were councillors and guidance support on hand to advise people how they might be able to improve their circumstances.

We were immensely proud to be able to do something to help the homeless community in Liverpool and to hopefully have made differences in people’s lives who’ve fallen on hard times.

In September 2016, The Shankly Hotel welcomed a special guest through their doors. A lady by the name of Marie Wright, who had always dreamed of coming to LFC to see a game.

Sadly, Marie was diagnosed with terminal lung cancer and her dreams of watching a game at Anfield took a back seat.

LFC Fans from both the Irish Reds Club and Dublin 15 LFC came together to make Marie’s dreams a reality. They worked to set up a visit to Anfield for Marie and arranged a carer to accompany her to the game. 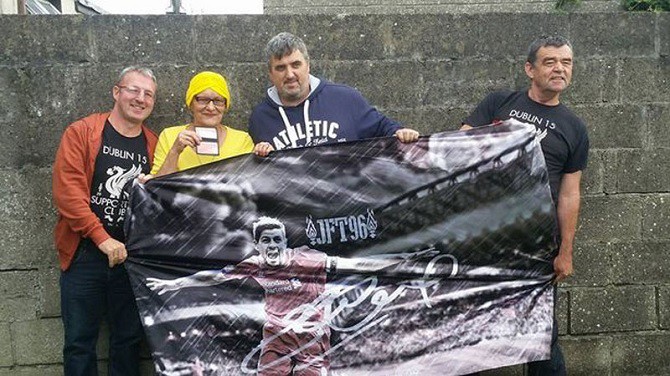 The organisations then contacted Chris Shankly Carline, Director of The Shankly Hotel and Bill Shankly’s Grandson, to see if there was anything he could do to contribute towards making Marie’s dreams come true.

Marie was given the grand tour of The Shankly Hotel, checking out previously unseen Bill Shankly memorabilia and meeting the LFC legend.

This touching story is a testament to the kindness and generosity of LFC fans as Marie was overwhelmed by the support and experience she had on the day. 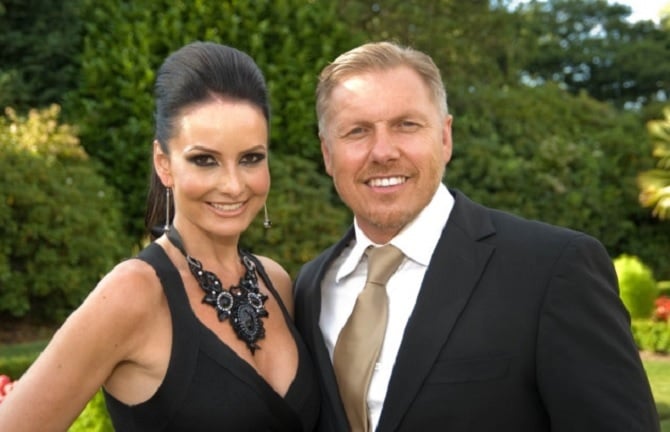 Signature Living has long been involved in promoting awareness for the LGBT+ community in Liverpool both in the workplace and at home.

Regular sponsors of Liverpool Pride Signature Living, help showcase the city’s recognition of diversity each year making sure they are a part of the fun and festivities that are hosted in Liverpool.

Signature Living are also proud sponsors of the British LGBT Awards which are hosted in London and Katie and Lawrence were over the moon to be included in the list of straight allies named of the Guardian’s Pride Power List of 2017.

The Celebrity Hang Out in Liverpool

Signature Living accommodation is fun, unique and super stylish. It’s because of this that over the years we have welcomed a host of celebrities through our doors. 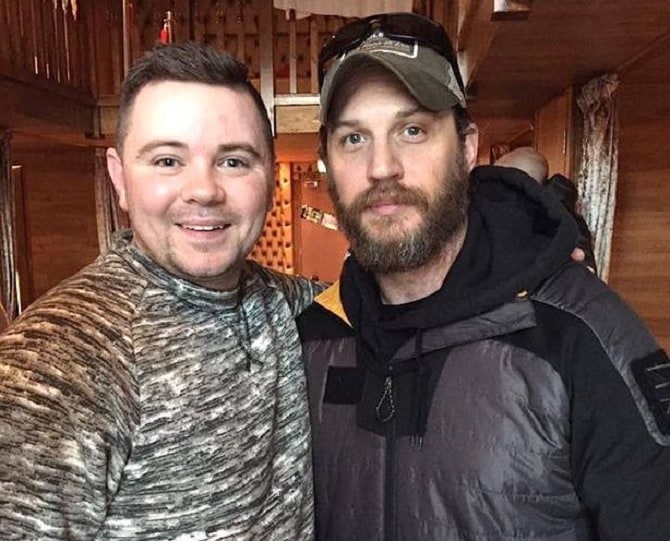 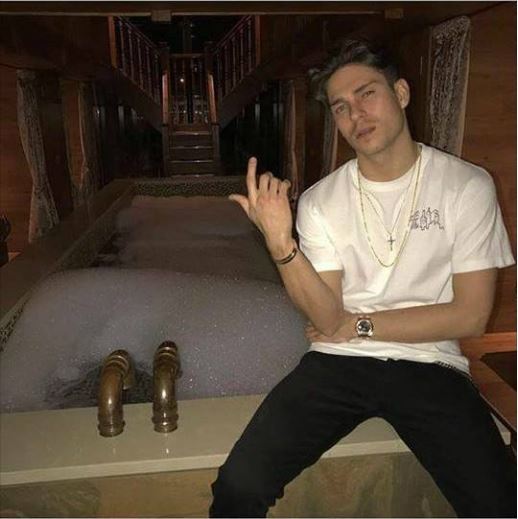 . . . and local lovelies Atomic Kitten we’ve had our fair share of the lime light.

We like to think it’s our individuality and superb staff service that make our hotels so appealing to the super stars of our time. That and our amazing hotel suites with their stylish themed décor and out of this world facilities.

Not only do are our hotel suites frequently visited by the rich and famous, our Garden of Eden Launch night saw streams of celebrities associated with Liverpool come pouring through the doors. 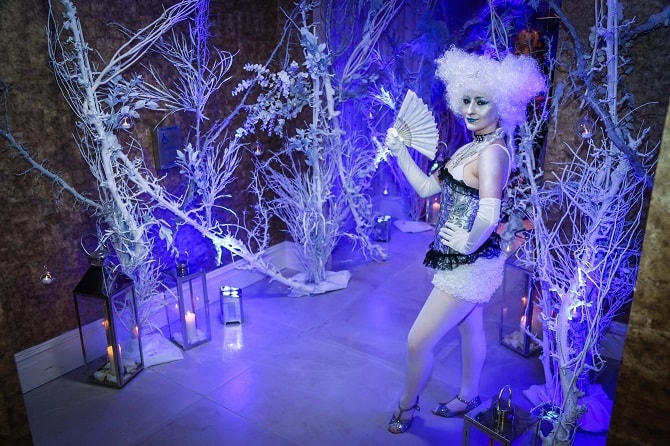 We welcomed several members of the Holyoaks cast as well as . . . 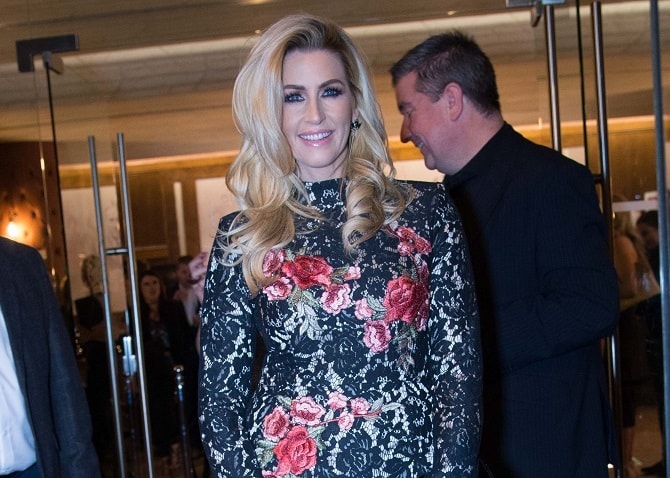 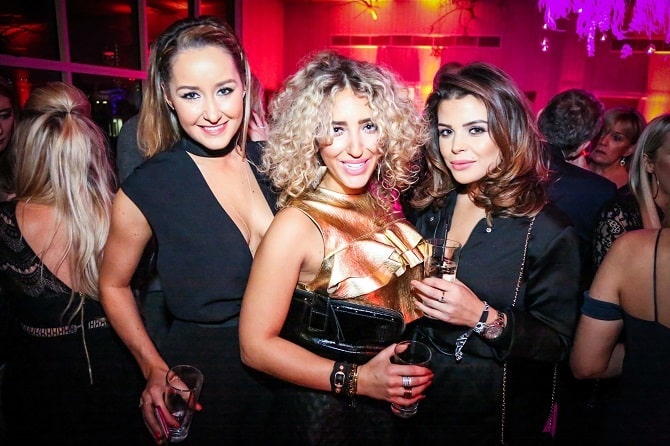 The night went off with a bang as expected and the guests loved getting a sneak peak at Liverpool’s newest rooftop events space, as well as some of our most amazing hotel rooms at the Shankly Hotel.

Here’s to the next 9 years

These are just nine of the amazing memories we have from as many years at Signature Living. 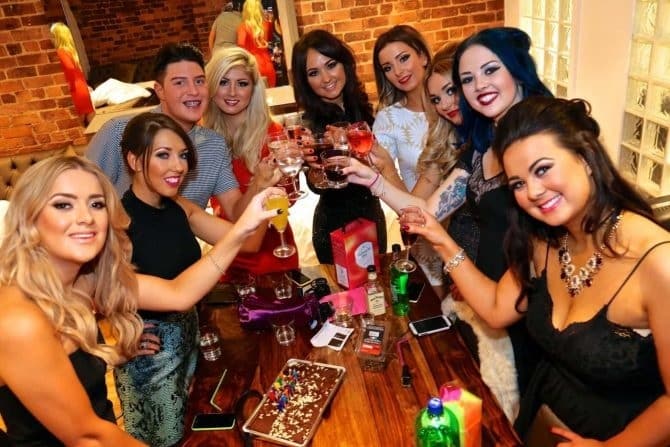 On top of all these wonderful moments there have been hundreds of wonderful dream weddings, a few proposals, plenty of anniversaries, special birthdays, engagement parties, baby showers and lots of successful events at which we and our guests have had a blast. 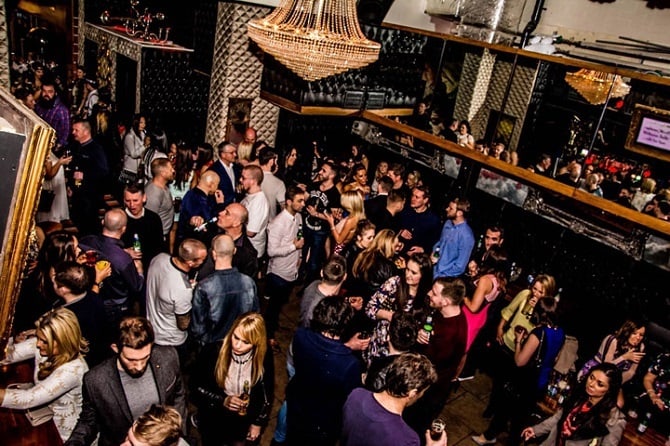 To the city of Liverpool, and beyond, we are much more than accommodation providers.

We are a place where you can celebrate the best and most exciting moments of your lives together.

We are care in our community.

We are honouring and preserving the past whilst helping people enjoy the present and always looking forward to what the future holds.

We are Signature Living and we can’t wait for what’s in store for us and you over the next nine years.

Happy Birthday to us!

Signature Living’s Amazing Offers to Celebrate Your A Level Results