With news that this year’s International Beatles Week 2017 will be the last of its kind, Fab Four fans across Liverpool and further afield will be gearing up for the annual celebration of one of the greatest bands in the world.

With a host of venues, events and live music offers, this year is sure to be a highlight for the festival and at Signature Living we love a good celebration!

Why not book a stay at one of our stunning accommodation options during International Beatles Week and have an unforgettable experience.

Liverpool wouldn’t be Liverpool without a week dedicated to celebrating the fab four, The Beatles.

An annual festival which stretches over the whole city, Beatles Week will take over a wide range of venues including the Cavern, The Royal Court, Alma de Cuba, St George’s Hall and many more.

With performances from The Bootleg Beatles, Larry Kane, The Original Quarrymen, Cavern Club Beatles and loads of fun Beatles themed activities, it’s a great day out for any music fan.

This year you’ll enjoy a range of international Beatles bands from over 20 countries. Expect music from the morning until the wee small hours of the night in venues across the city centre.

As a city that’s proud of its musical heritage, venues across the city will be taking part in the much-loved celebration of the world’s favourite scousers. Alma de Cuba, the Royal Court and St. George’s Hall are all gearing up to prepare themselves for Beatlemania, which will once again descend on the city.

The Adelphi Hotel will host the annual Beatles convention before opening its doors for an all-night party, with music to entertain the masses until 6 am. the convention will feature live tribute acts, fun quizzes, guest speakers and a huge marketplace to get your Fab Four fill.

In the Heart of The Beatles Week Action 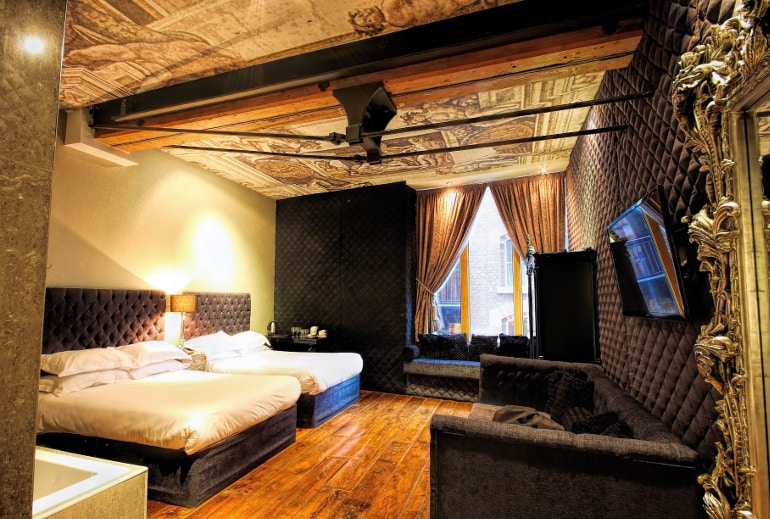 Signature Living Hotel is in the heart of the Cavern Quarter and is the place to stay this International Beatles Week. With live music and events just outside the door, you’ll never be more than a few minutes away from a Beatles-themed activity – what could be better?!

Each floor features its own distinctive identity, with elegance and fun weaved throughout the beautiful building.

Plus, Bar Signature features on the ground floor, offering the perfect base to get your evening celebration of The Beatles started. Head over to the Cavern Club after sampling some of our yummy cocktails, handcrafted by our talented mixologists.

Spend the Night with an Icon 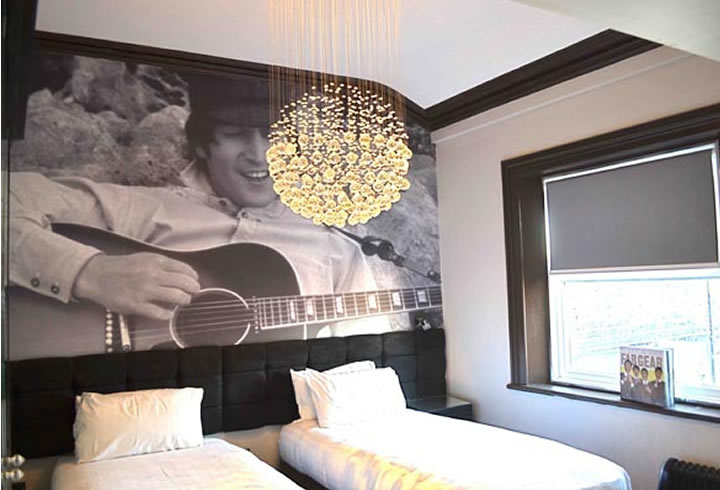 The Iconic apartment on Bold Street was one of Signature Living’s first adventures and offers a unique take on group accommodation. With four luxurious and spacious interconnecting rooms, it’s the ultimate stay for large groups.

Upstairs features the beautiful John Lennon room, classicly decorated with a retro twist. Admire the decal of the man himself and imagine a world where decadence meets fun, then live it in this gorgeous Bold Street apartment.

Be Submerged in a Yellow Submarine 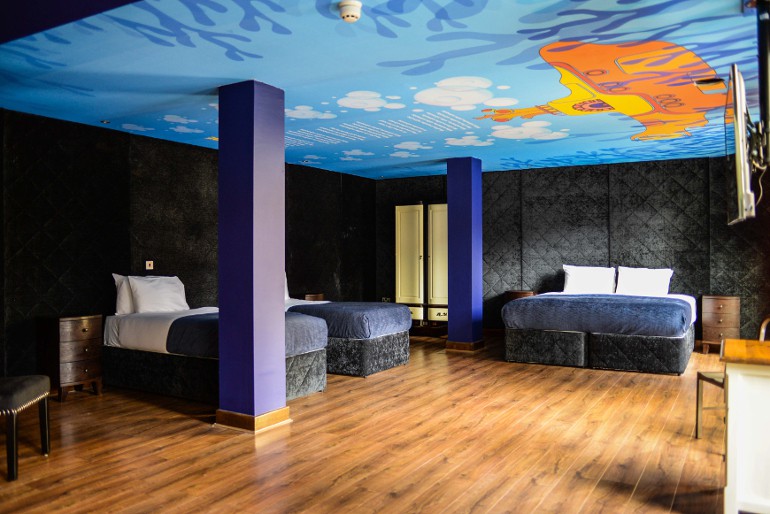 The Yellow Submarine room at The Arthouse Hotel is perfect for any Beatles lover to delve into the world of the Fab Four this International Beatles Week.

The psychedelic inspired luxury suite can sleep up to four people and features a beautiful whirlpool bath. A stay at Arthouse Hotel in the Yellow Submarine suite will be the ultimate way to celebrate the iconic quad.

Located just a few minutes walk from the heart of the action, and in the centre of one of Liverpool’s most exciting nightlife districts, Arthouse Hotel is perfect for the ideal balance of Beatles and partying.

From One Icon to Another

A never-before-seen telegram sent from The Beatles to Bill Shankly was recently revealed to mark the two-year anniversary of the hotel named after the Liverpool FC icon. Catch the unmissable piece of memorabilia exclusively on show at The Shankly Hotel.

The telegram from the Fab Four, which was sent before the 1965 FA Cup final against Leeds United, reads: “Best of luck lads we’ll be watching on the tele. John Paul George and Ringo”.

Booking a luxury stay at The Shankly hotel is a sure-fire way to make sure your Beatles Week experience truly magical.

Choose from luxurious suites and opulent hotel rooms, interconnected apartments and elegant suites that sleep large groups of friends; the Shankly Hotel is the only place to stay during International Beatles Week 2017.

This year’s Beatleweek runs from August 23-29 and will celebrate both the 60th birthday of the Cavern and the 50th anniversary of Sgt Pepper’s Lonely Hearts Club Band.

Signature Living’s Amazing Offers to Celebrate Your A Level Results