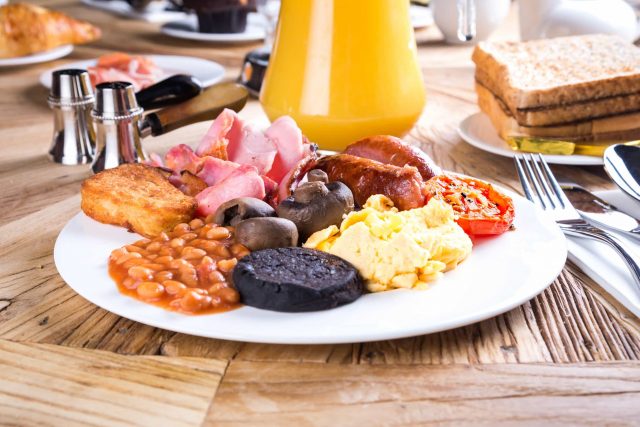 During our specially extended breakfast hours Heggem will be partaking in a live Q&A with Radio City 96.7 DJ Rick Houghton. Once the interview is wrapped guests will have the chance to meet the former player and get in on a selfie and a signed autograph.

We always say breakfast is the most important meal of the day, and what a way to start yours off on Signature Living sporting Saturday.

A crucial clash is on the cards this weekend, the question is will the reds be shot down by the gunners?

With Klopp’s toothy grin absent from the sidelines of the last two matches, it’s up to the reds to turn that frown upside down and bring it to Anfield this Saturday.

To show your support and rally together behind the boys make your way to the Bastion Bar and Restaurant for a superb match day deal.

Enjoy a choice of the Bastion Bar and Restaurant’s most popular hearty dishes, all of which have a side order of beer. To keep you hydrated during what is likely to be a nail-biting match there are three amazing drinks offers on too.

A massive four pint pitcher for £10, a frosty bucket of 5 bottled beers for £12 or double up on your favourite house spirits for just £1.

With 10 huge TV’s spread out across our chic city centre restaurant, every seat in the house has a perfect view of the action.

There’s no better place in Liverpool to be this Saturday than the Bastion Bar and Restaurant. The match will be kicking off at 17:30pm so get there early and grab your seat.

A Great British Grudge match that has had an excessive amount of pre-bout hype is finally here. The Bellew vs Haye fight takes place this Saturday.

One the most hotly anticipated Liverpool sporting events ever, and one that Liverpudlian boxing fans have been waiting for, for a long time.

Since October 2016 to be precise when Bellew challenged Haye after successfully defending his WBC world title from American challenger Flores.

The pairing between former WBA heavyweight Haye and Bellew will be taking place at heavyweight level, meaning Bellew’s WBC cruiserweight title will not be on the line.

However, fans of Bellew can expect this match to be a clash of titans as the animosity between the two has been building for nearly 6 months, or perhaps longer.

Recent press conferences have resulted in physical exchanges with Haye landing a blow on Bellew in November.

It stands to reason that Bellew will be bringing his best fight to Haye, and fingers crossed the Liverpool lad will come out on top.

Get your front row, pitch side and ringside seat booked in to see all the action live at the Bastion Bar and Restaurant this Saturday by calling 0151 541 9999 or email info@signatureliving.co.uk.

When the match is over continue on to Bar Signature where you can either commiserate or celebrate with some delicious cocktails, beers and a fabulous party atmosphere only with Signature Living.

Merseyside Festivals 2017: What’s On and Where to Stay