They should use their profits to give back to the communities around them.

The more money we make, the more we should invest in projects to make life better and improve society for everyone, including the most vulnerable people.

This commitment to social responsibility has stayed with me since I was young.

I was born the youngest of three sons to a docker and shop worker in Walton.

If you grew up in Liverpool back then, you’ll know what I mean when I say the city wasn’t high on the government’s list of priorities for investment.

Money was tight for many of us, and like a lot of families we passed down school uniforms from the oldest to the youngest child.

One year, my older brother kept his shoes because they still fit.

With no money to buy another pair for me, I got stuck with my mum’s knee high leather boots, which were just barely accepted as school shoes.

I’d been a good student with As in every subject, but when I was 15 I dropped out of school instead of sitting exams.

In my house, formal education wasn’t much of an aspiration.

My dad would often remind us that getting a job would do us more good than going to school.

Entering the world of work

Instead of following my dad to the docks, I actually got a job shovelling manure.

Shovelling eight tonnes of manure every day quickly taught me the value of hard work.

It shaped my attitude of no job being too small, because if something needs doing then you should do the best job you can.

Unfortunately, the dispute between Thatcher’s government and Liverpool City Council at the time put paid to that job.

Among widespread unemployment, I was lucky to find another job driving a van through my local job centre.

Being a van lad for Ethel Austin really turned things around.

I worked in every available position for the retailer, until I got promoted as a junior buyer in the buying department.

Significantly, I was the first person to reach this position without having a degree.

Learning about business at Ethel Austin gave me the bug.

So I left at 23 to start up my own business called Yes & Co.

It wasn’t an easy learning curve, but my hard work paid off over the next 6 years.

During these few years, Yes & Co grew to an £11 million annual turnover from 32 locations within the UK.

Not bad at all for a Liverpool lad who’d been shovelling manure just 10 years ago.

From retail to property development

Now my business was a big success, I was looking for a new challenge.

I soon found my new goal in property development.

So I sold off the business in 2004 and purchased my first property in Victoria Street.

Purchasing property is a gamble, but I always believe it’ll pay off with the right amount of perseverance.

Even so, the 2008 financial crash nearly crushed my business.

It suddenly put an end to my original plan to resell the building in Victoria Street as flats.

Losing everything like that could’ve ended with me giving up completely, but instead I pushed on and created the Signature Living hotel.

The hotel was consistently operating at an 80% occupancy rate by the end of the first year, even outperforming established hotels throughout the city.

We expanded our Signature Living portfolio with the purchase of the former White Star Line headquarters at 30 James Street.

Our innovative use of online marketing and social media soon earned us a reputation throughout the UK as a premier leisure business in Liverpool.

Looking to the future

The hotel and leisure industry has experienced some major setbacks in recent years, from Brexit to COVID-19.

There’s no denying that we’ve had hard times, too.

Challenges like these just make us more determined to keep building our brand.

With our investors still behind us, we intend to keep growing as one of the biggest and best businesses in the hotel and leisure sector.

Check out Signature Living to find out more.

Signature Living first began in 2008, when Lawrence Kenwright purchased a single apartment on Victoria Street in Liverpool’s city centre, with a vision to offer guests an unforgettable experience.

Since then the company has grown from strength to strength and is now one of the most exciting and largest luxury accommodation providers in Liverpool, offering guests truly unique stays.

Following the success of the Victoria Street apartment, Lawrence continued to expand the brand with three more apart-hotel locations by 2009; one on Mathew Street, another on Bold Street and the rest of the apartment building on Victoria Street. 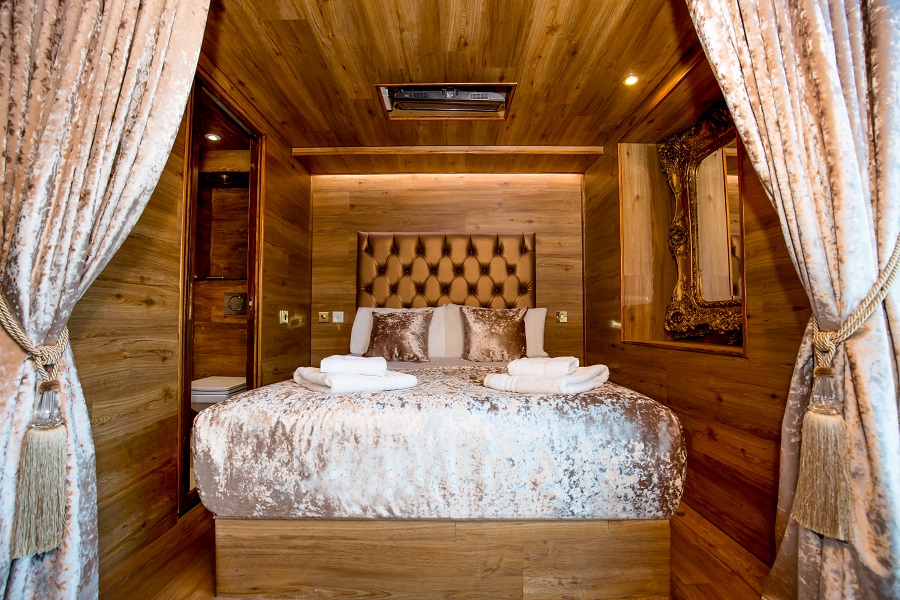 In December 2013, Signature Living went on to purchase Albion House. A Grade II* listed building that was formerly the White Star Line’s headquarters and designed by Richard Norman Shaw and J. Francis Doyle in 1896. Originally, it was the HQ for the shipping company that produced some of the biggest and best ships in the world at the time of their launch, and it was also RMS Titanic’s port of registry.

This was the beginning of Signature Living’s heritage sites. 30 James Street is one of the most luxurious hotels in the city and is home to Morgan’s Spa and Liverpool’s first rooftop champagne bar & restaurant, Carpathia, where unique artefacts from the ship which rescued all 705 survivors are displayed. 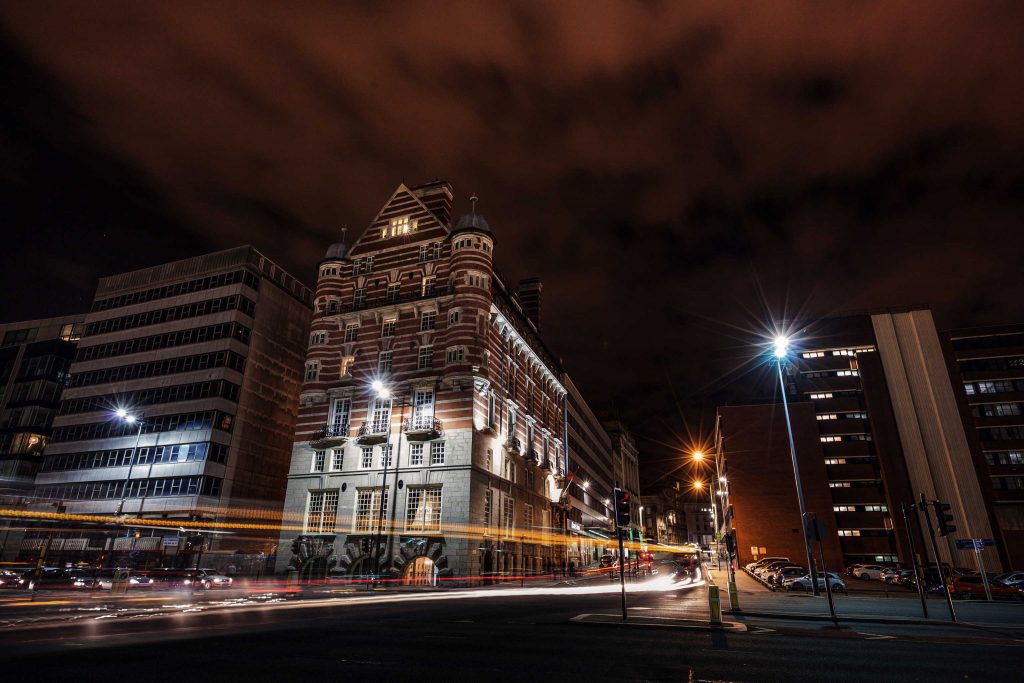 In 2014 Signature Living went into partnership with the Shankly family to create The Shankly Hotel. This hotel opened within 6 months of development and the luxury suites consist of 57 magnificent Shankly themed rooms and 34 Ultimate Signature Living suites, which includes the famous Laurent Perrier Pool Room. All rooms within The Shankly Hotel are designed for large groups and families with some rooms sleeping up to 24 people.

The hotel is furthermore home to The Bastion Bar & Restaurant and two incredible wedding & event venues including the breathtaking Garden of Eden. Within the hotel you’ll also find The Shankly Museum and Experience, where never before seen memorabilia from Bill Shankly is displayed. 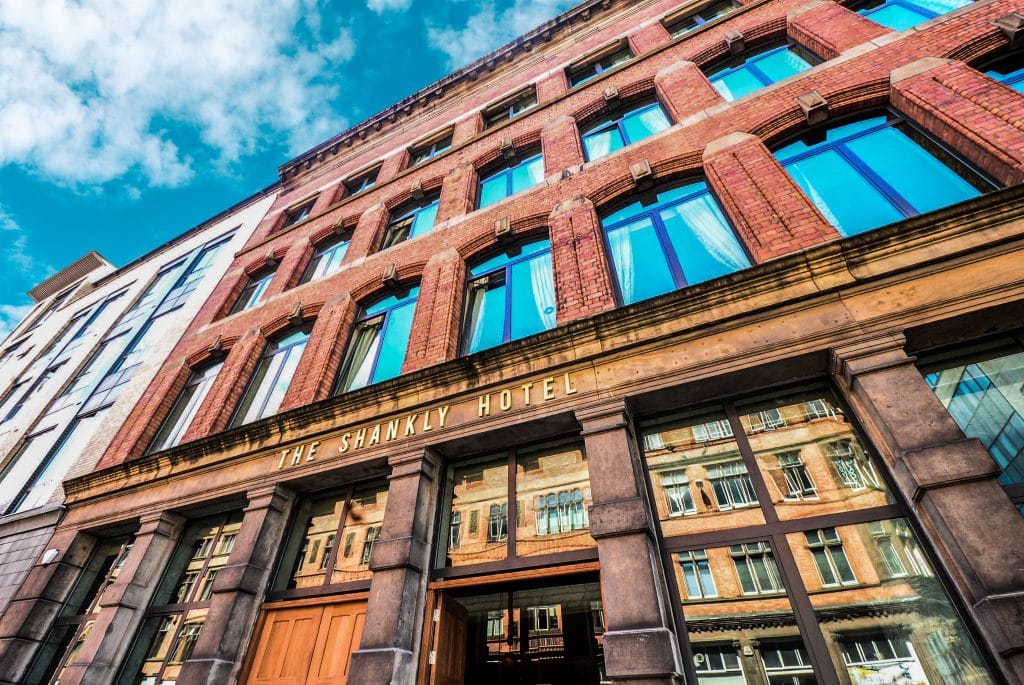 Lawrence has also recently taken the Signature Living brand across the UK with developments in Cardiff, Belfast, Preston and Manchester and developed his heritage hotel portfolio with some of the UK’s most iconic and historic buildings.

The most notable of these developments so far is the stunning Exchange Hotel, in the heart of Cardiff Bay.

The opulent hotel is housed in the former Coal Exchange building in Cardiff, a Grade II* site which was left in a severe state of disrepair for a number of years.

Phase one of The Exchange Hotel development was completed within 2 months of planning permission being granted, where 30 rooms and the magnificent original grand hall were open to the public. The remainder of the hotel will be opened in phases, so it can continue to operate as a functioning hotel.

Since 2014, Lawrence has also purchased a number of residential properties in city across the UK. Plus, we have seen the launch of the co-working space, Signature works, in the heart of Liverpool city centre.

Signature Living breaks away from the ordinary, offering luxury suites with unique décor and spectacular amenities in the most incredible city centre locations.

In the future, Signature Living are looking to further expand and development their ever growing portfolio.

Plans have been revealed to create the world’s first football quarter with the development of the Dixie Dean hotel, which will sit opposite the ever popular Shankly Hotel. Plus, work is expected to begin on sites across the UK, including The George Best Hotel in Belfast, The Harris Hotel in Preston and The Lanyon Hotel. 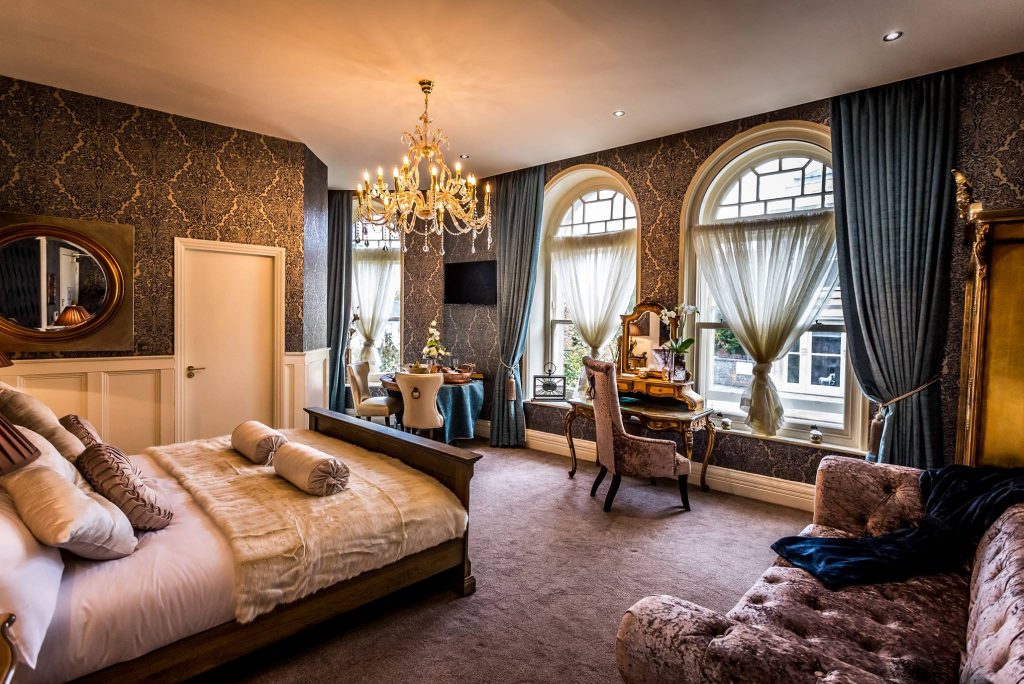 As you can probably tell, there’s no slowing Signature Living down, and we cannot wait to see what the future brings for the company.

Signature Living is going from strength-to-strength every single year, and endeavour to set the standard in the hospitality sector.

The company are committed to providing their guests with value-for-money experiences that exceed expectation and create unforgettable memories.

Lawrence continues to be involved in all aspects of the business, whether it’s acquiring new properties, developing sites or assisting with the running of Signature’s hotel. His ambitions as a hotel developer and passion for saving old buildings from dereliction show no signs of slowing down and we can’t wait to see what the future holds.