The city of Liverpool has one of the very best nightlife scenes in the UK and arguably, Europe. The bars and clubs in Liverpool are diverse and exist in various locations around the city which are all easily accessible for a wide range of party-goers looking for an incredible night out.

From superclubs hosting the very best in clubland DJ’s to champagne bars overlooking the Three Graces there really is something for everyone. Whether you’re looking for a wild night out for a stag party or wanting to bar hop around the city the clubs in Liverpool are world class.

What’s great about Liverpool as a clubbing destination is its accessibility. The city itself is relatively small so its clubs are all within close proximity to each other meaning you can go from one district to another quickly and easily. There are a handful of clubbing and bar areas in the city which are all centrally located.

Liverpool isn’t just famous for its cultural, musical and sporting history, but it’s also renowned for being one of the best places to enjoy a night out with friends!

Whether you’re a hardcore raver or love a laid-back indie track, Liverpool’s modest city centre boasts bars and night clubs on every corner, and there truly is something on offer for every age group and preference out there!

Enjoy an eclectic mix of bars in Liverpool’s vibrant LGBT+ quarter or check out some of the various live music offerings over on Seel Street or The Shipping Forecast. If you prefer a quiet drink with friends or its date night with that special someone, you are spoilt for choice with luxurious bars and cocktail spots or traditional breweries, perfect for every occasion!

Although inundated with variety, there’s one thing that can be said for all the nightlife of Liverpool – and that is that it offers fun, a welcoming atmosphere and competitive prices! 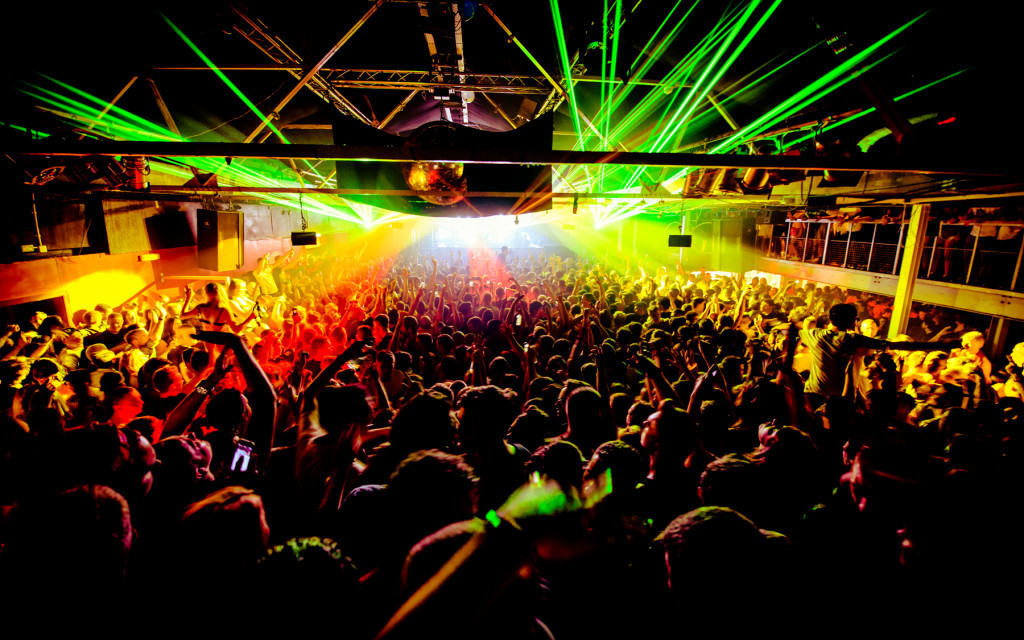 No matter what you’re looking for in Liverpool you’ll find it here in Seel Street. Home to some of the best independent bars and clubs in the city, Seel street has a lot to offer. The street has undergone a fantastic transformation over the past decade or so and now is central to Liverpool’s clubbing scene and a must for anyone visiting the city. Located close to the cities popular Bold Street and adjacent to the famous Nation club the street is lined with bar after bar all offering something different.

Alma De Cuba is a Cuban-inspired restaurant and bar located in the magnificently converted St Peters Catholic Church. Complete with live music, petal drop and carnival dancers on the alter a night in Alma De Cuba is one you’ll never forget.

Brooklyn Mixer is a unique independent bar located on Seel Street and is home to some amazing nights each and every weekend. Brooklyn offers some world class beers, alternative cocktails and an incredible vibe.

Aloha is Liverpool’s finest Tiki bar located just off of Seel Street/ Head down into the tropical basement and you’ll find a Hawaiian paradise complete with coconut cocktails, plenty of rum and a reggae soundtrack. 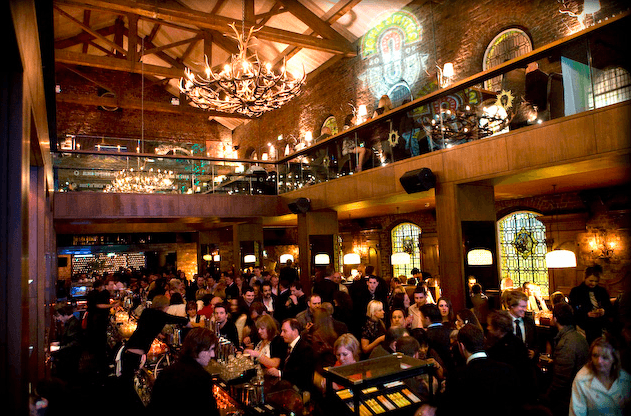 The heart of Liverpool’s nightlife is Concert Square. Home to some of the best clubs in Liverpool and featuring a large outside court area, you can have the best of both worlds in this area of town.

Situated just off of Bold Street and Steel Street, Concert Square is filled with eight different venues which are all immediately facing the square meaning you get a great congregation of different people all at one time.

The square is heated, seated and covered meaning you can cool down outside in any weather. Bars such as Modo and Soho also offer shisha pipes if you’re looking for a quieter, more relaxing night out as well as barbecue hut for when you’re feeling a bit hungry.

Levels is Concert Square’s largest club which is spread over three floors offering everything from cheesy pop to RnB and dance there is something for everyone at the busiest club in Concert Square.

Black Rabbit is a fantastic bar located just off of Concert Square next to Barr Bar on Fleet Street. Black Rabbit is a shot bar which features hundreds of different flavour shots to ensure you have an incredible night, with great music and opening hours till 4am every night of the week, Black Rabbit is a great venue in the heart of Liverpool.

You can’t come to Liverpool without mentioning The Beatles and Mathew Street is the home of Beatle mania. The Cavern Club is the streets main attraction as the place where the Fab Four found their musical identity.

The club is filled with 1960’s memorabilia and still features live performances from up and coming artists, all vying to be the next global superstars.

Mathew Street is lined with numerous bars & clubs which are filled with hen & stag parties and you won’t be short of finding partygoers in fancy dress around here. If you’re coming for a night out around this end of town we promise you won’t be disappointed.

Bar Signature is an exciting bar which is located on the ground floor of the Signature Living Hotel on Stanley Street. The bar features exciting entertainment such as live acrobatics, saxophonist and MOBO award winning DJ’s Bar Signature is the place to be if you’re on a night out on Mathew Street, Liverpool.

Wall of Fame is a bar and restaurant located in front of the Cavern Club and is a tribute to all of the groups which played at the original Cavern Club. The bar is a fun and fresh take on the legends who have passed through Liverpool. The restaurant serves classic American food such as burgers, bacon fries, waffles and pizzas. The restaurant is open till late and has a large cocktail menu which will keep you there all night. 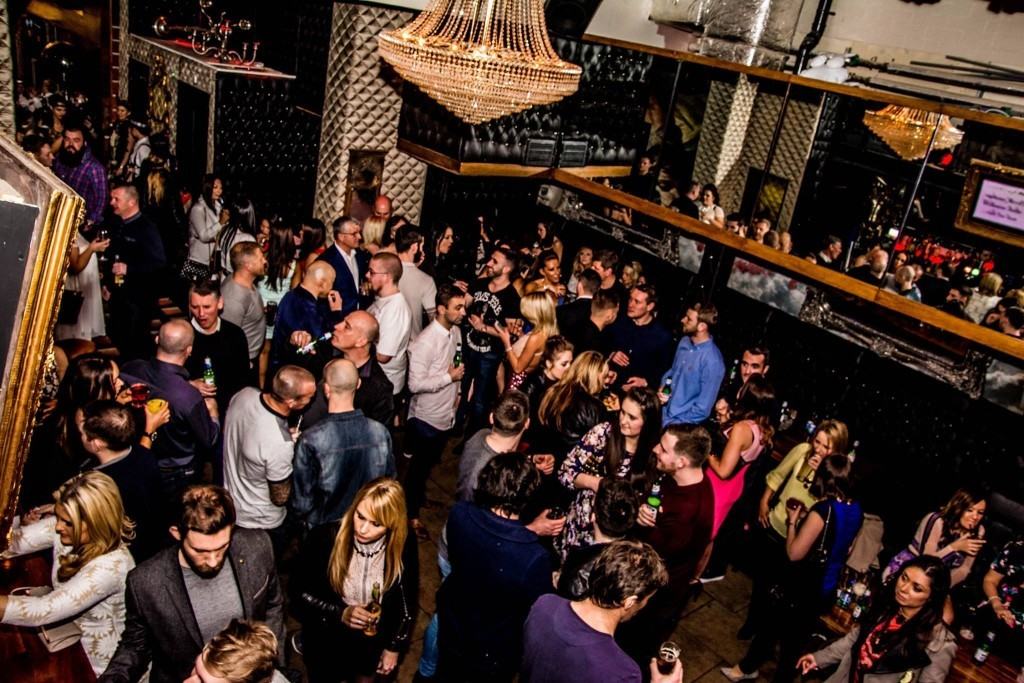 The Baltic Triangle is Liverpool’s creative and digital hub which is also home to some of the most memorable clubbing nights in the city. The area is made up of numerous large warehouses, many of which are empty and, therefore, prime spaces for clubbing and parties in Liverpool.

Camp and Furnace is a permanent fixture located on the corner of Jamaica Street and Greenland Street, the incredible warehouse has been home to some amazing nights such as Chibuku Shake and its legendary New Year’s Eve parties.

Every Friday and Saturday Camp and Furnace is home to its world renowned Food Slams which brings together independent food stalls of Liverpool, oodles of alcohol and the very best DJ’s which make for an unforgettable night.

To doesn’t matter if you’re here for the food or the drink, you’re guaranteed to have an amazing night.

If you’re looking for the ultimate club night in Liverpool, then heading to the historic Albert Dock is sure to tick some boxes. The stunning dockland setting makes for a perfect classy night on the tiles. With numerous bars and clubs on the Albert Dock you won’t be short of places to go.

Everyone dresses up to the nines for a night out here so get your glad rags on and dress to impress.

Pan Am Bar is another fabulous bar located in the Grade 1 listed Britannia Pavillion on the Albert Dock. Within the grand setting, you’ll find a well-stocked bar and enough room to dance the night away. There are a number of private booths here at Pan Am Bar which are available to rent making it a perfect venue for special occasions. 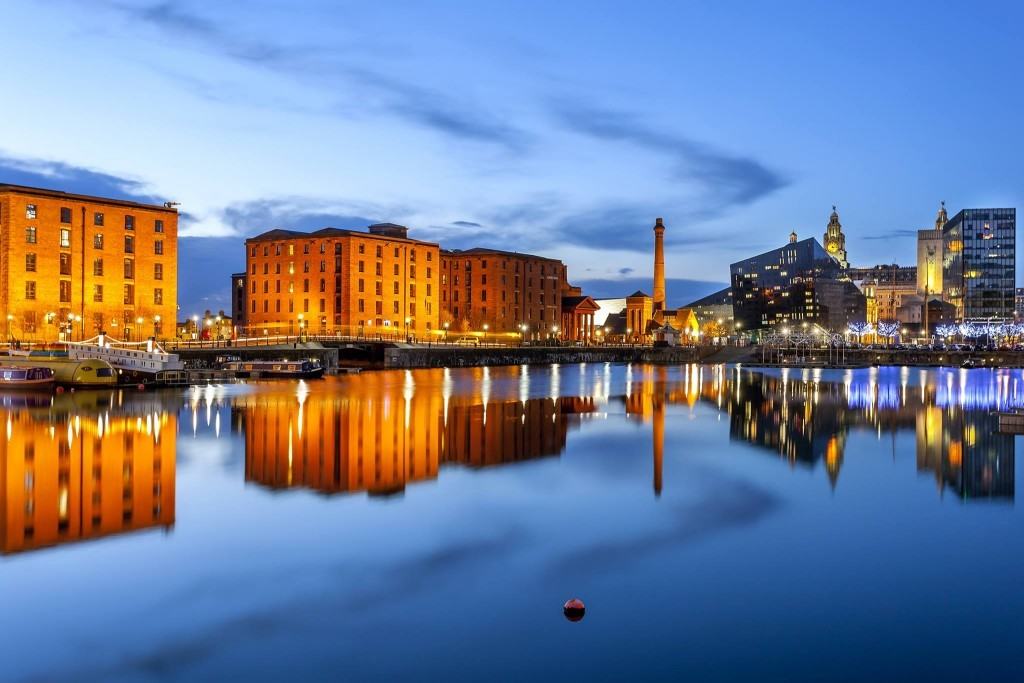 The Magnet is a great little venue located opposite The Old Blind school and a fantastic clubbing venue in the city. The small bar and club has a long list of accolades such as ‘Best Bar in Liverpool’ and after a short closure its back and better than ever before. Hosting some world-class artists such as Discharge, Phil Weeks and the Hot 8 Brass Band. The resident DJ’s play the very best in garage, house tech and disco.

Our apartments are perfectly suited to those celebrating a special birthday, weather you’re with a partner or a group of friends we have amazing party accommodation in a city which is filled with bars and clubs. We can arrange special packages for the birthday boy or girl, from butlers in the buff to private screenings of sporting events and an x-box you’re guaranteed to have a brilliant day before a wild night out. 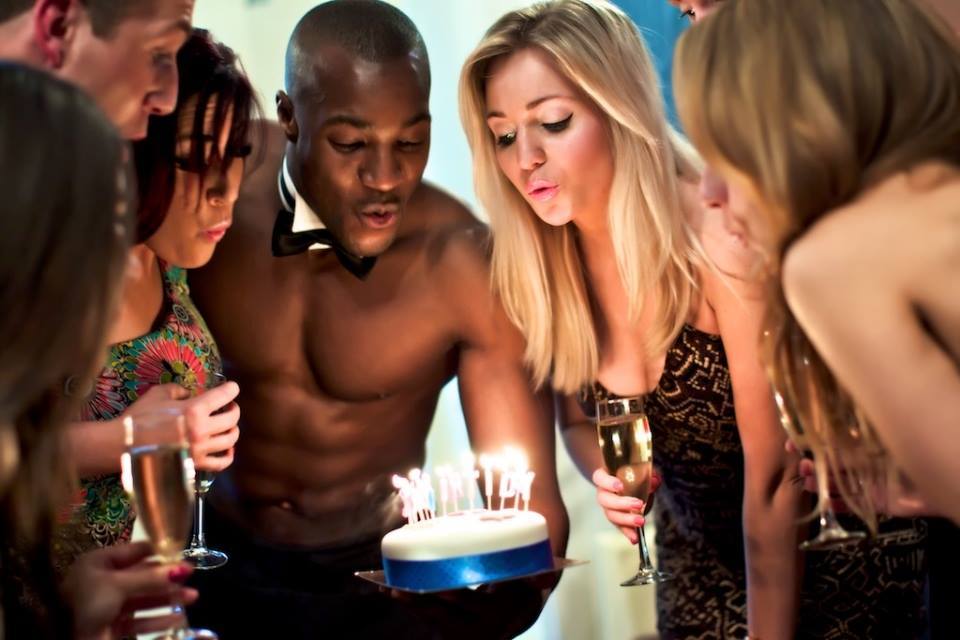 No matter where you go on a night out on Liverpool you’re guaranteed to have an incredible night you’ll never forget. Liverpool is one of those amazing cities where there is a different bar or club on each and every corner yet everything is close enough together you can explore a few different areas all in one night. You can walk or get a taxi for a couple of quid you’ll never be far from an amazing club.

There are numerous clubs in Liverpool which all offer something different meaning there is something for everyone.

Staying at Signature Living you’ll never be far from the action with all of our city centre locations.

Our Bold Street apartments are perfectly located for a night out on Hardman Street, Concert Square or Seel Street. Our Signature Living Hotel on Stanley Street is home to Bar Signature which backs onto Mathew Street in the Cavern Quarter where you’ll find some amazing Beatles-themed bars & clubs.

If you’re wanting to head to the Albert Dock for a night on the town then all of our apartments are less than a 15-minute walk away or just a few minutes in a taxi which we can arrange for you. Our 30 James Street Hotel is furthermore just a few seconds walk away from the Docklands meaning you’re not far from a fabulous night out.