I have used the title to this page as Raising Titanic as this building is the only true remaining historical building that can represent the Titanic.

30 James Street, is without any doubt the Home of the Titanic, steeped in history, there are so many stories that relate not only to the Titanic but also the White Star Company itself. 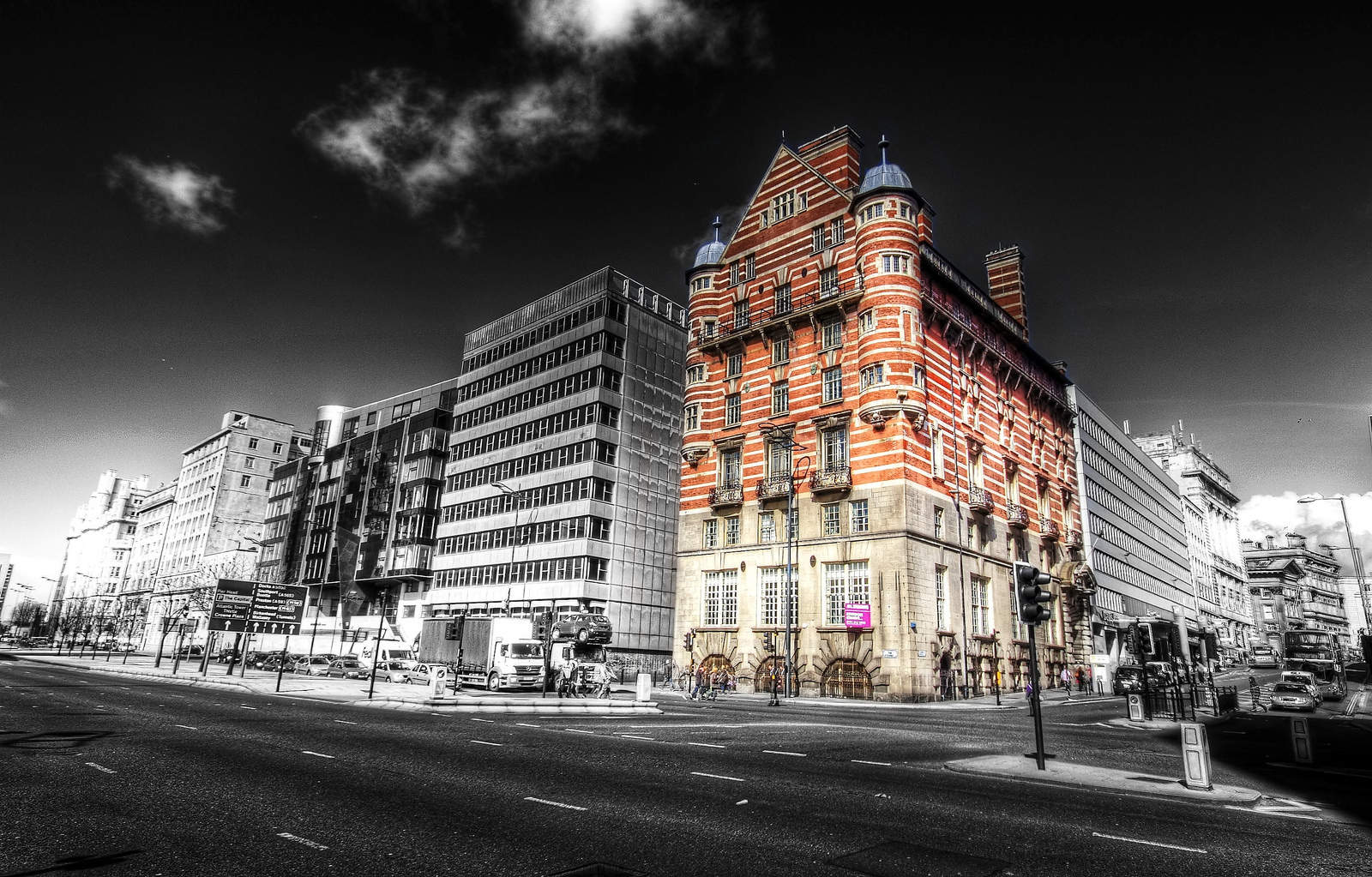 In the last paragraph I have mentioned the word friend, this is not a term that you would associate when you are talking about arch rivals, but it is one that can be found when you try to understand the drive and the tenacity that is needed, which can be identified through the various decades of strife and conflict between the Cunard and the White Star Line.

It is well documented that Bruce Ismay would often like to stand and gaze through his windows to view his ships in the Mersey, that was until Cunard built their much larger lavish head office stealing Bruce Ismay’s view, as the Cunard Chairman decided to position his new head office just yards from the river, spanning over 350,000 square feet, this would be yet another reason to build the Olympic and Titanic 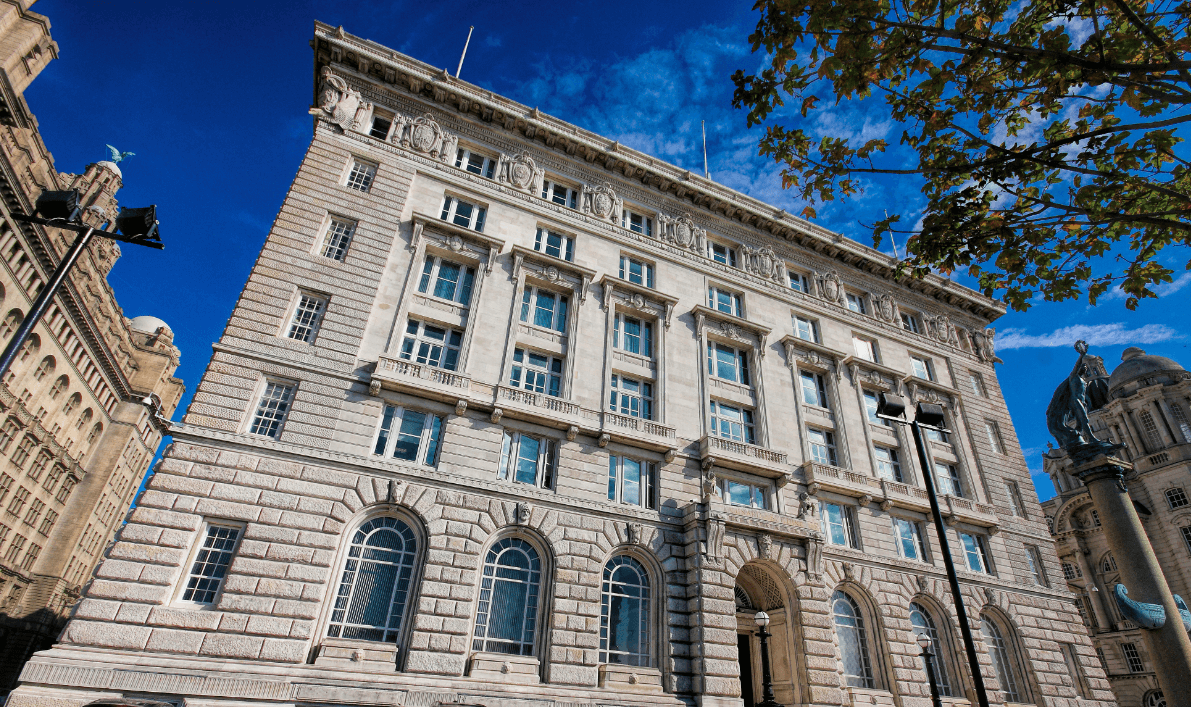 The creation of the Titanic, can be traced back to this very feud. When Cunard, built the Lusitania and the Mauritania with their sole intention to regain their pole position as the owners of the best Liners in the World, and more importantly putting one over the Chairman across the way It was then that the White Star Chairman Bruce Ismay, along with Lord Pirrie of Harland Wolff, decided to build three of the largest and most lavish ships to be made by man.

Ismay and Pirrie’s plan was to create floating Hotel’s sparring no expense, they designed the Olympic and the Titanic with an expenditure of over £7 million.

The Cunard and White Star, had now created a clear niche for their clientele, the Cunard was known to cater for the new money, the film stars and performers of the day. The White Star, catered for the aristocracy or old money, this can also be seen by how they designed their ships, Cunard creating Liners that were always faster, leaving White Star to create the slower but much more luxurious ocean Liners.

30 James Street, is also the building in which all of the plans for the Titanic were signed off, leaving all of the ships designs in the walk in Vault, which by the way has not been opened in over 30 years, I hope that some of these very valuable plans are still there. 30 James Street was also home to many fine paintings and would often be referred to as a Gallery.

Here is a CGI of what we would like to recreate in the White Star head office on their ground floor. What you can’t see from this design are the views of the World heritage Buildings, the Three Graces, which cover the entire view 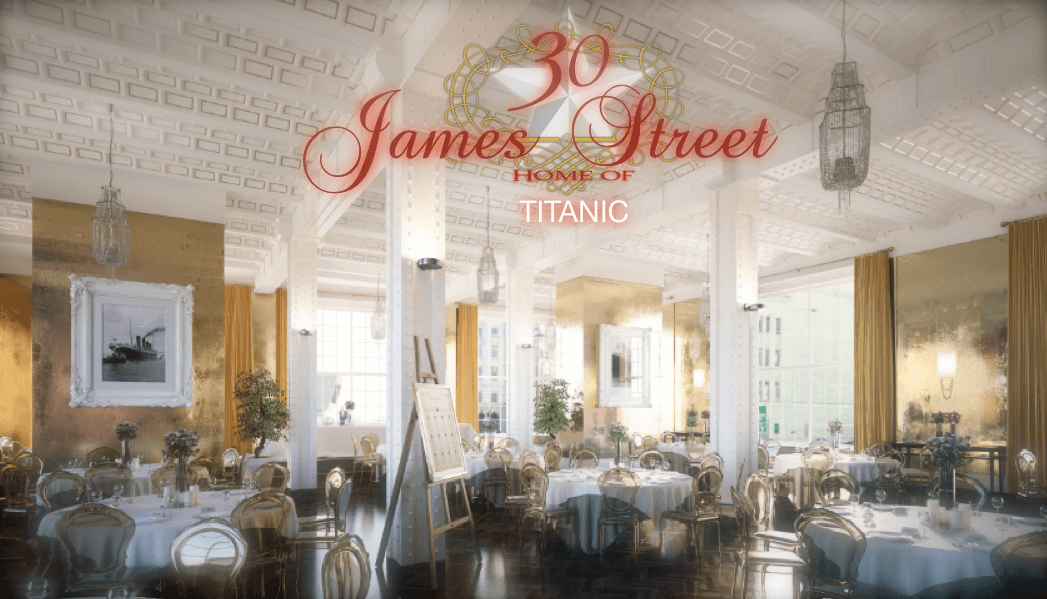 We have designed 30 James Street, Home of Titanic as a modern version of what was once a provider of hotel accommodation, we are very mindful of not creating a Hotel that resembles a museum, but we do intend to create all 65 rooms into references of stories relating to the the White Star Line.

Here is a synopsis of a typical floor, here is the Titanic Residence

Molly Brown Quarters, or best known as the unsinkable Molly Brown, without doubt one of the largest characters on the Titanic, James Cameron used her character in His Titanic film quite extensively, helping many people, during the sinking of the Titanic, even though she was a very wealthy first class passenger.There have been many films and plays written to celebrate her life

William Hartley Quarters, William Hartley was the bandmaster on the Titanic, he ensured that the band played on as the Titanic started to capsize, their only thought was not for their own safety, but was to re instate calm as all around clambered to get on a lifeboat.

Guggenheim Quarters, One of the most affluent that sailed upon the Titanic, sadly he lost his life, when he realised that there were not enough lifeboats he returned to his quarters, he was heard to remark, “We’ve dressed up in our best and are prepared to go down like gentlemen.”

Rose’e Suite, a fictional character in the James Cameron’s Film

Charles Joughin Suite, One of my favourite stories appertaining to the Titanic disaster, Joaghin’s story is one of sheer luck or was it. Knew the ship was about to go down, so he drank a bottle of spirits, before getting hold of the safety rail so that he was on the outside of the ship as it went down by the head. As the ship finally sank, Joughin rode it down as if it were an elevator, not getting his head under the water (in his words, his head “may have been wetted, but no more”). He was, thus, the last survivor to leave the RMS Titanic.

Titan Suite, The Titan was a book written 10 years before the Titanic disaster with amazing facts that came true on the night of April 15th 1912

Smith’s Quarters, Captain Smith was not only the highest ranking captain with the White Star Line Company, he was also a very close friend to the Ismay family, some say that the Titanic disaster was due to Captain.

The Carpathia, Bar and Restaurant

We have called our Bar and Restaurant the Carpathia, after the Cunard liner that came to rescue 705 passengers from RMS Titanic.

Positioned at the very top of 30 James Street, this 200 seater Bar and Restaurant, will have stunning views from our 100 balconies which are positioned either side of the rooftop Bar, with an unbelievable view of the three Graces, including the Cunard head office, which is another reason why we have called this building the Carpathia. 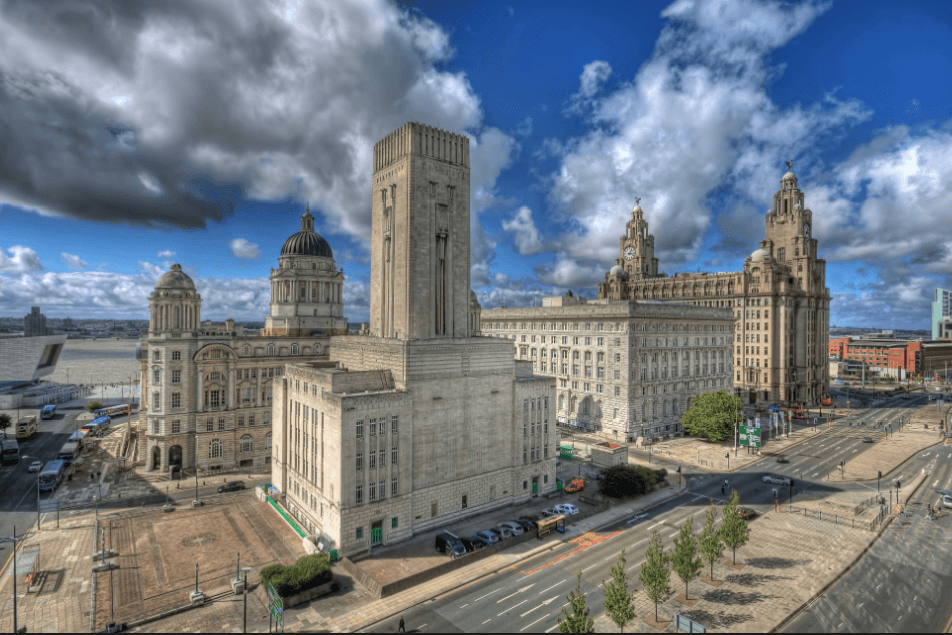